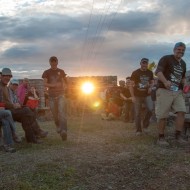 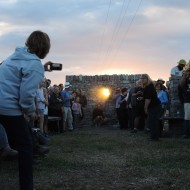 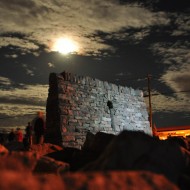 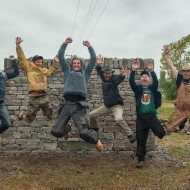 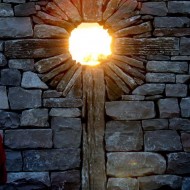 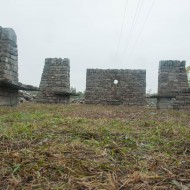 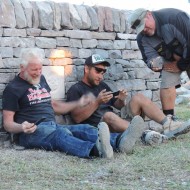 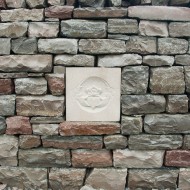 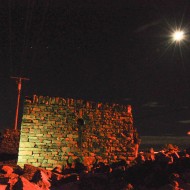 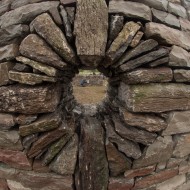 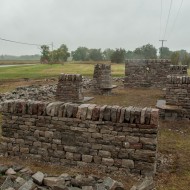 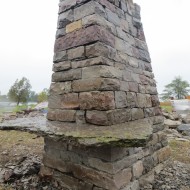 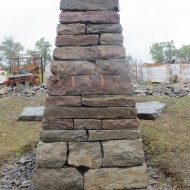 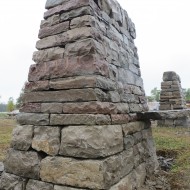 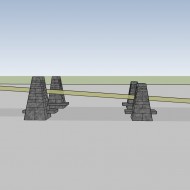 This was an interactive stone wall designed by John Bland and built by members of Dry Stone Canada, The Dry Stone Wall Association of Ireland and members of The Stone Trust (USA) for the Amherst Island Irish-Canadian Stone Festival.

The design involved traditional dry stone walling and included an aperture on one wall which acted as the gateway for the sun to shine through and illuminate a target on another wall. This precise alignment occurs 2 times a year and for the purpose of the festival the alignment took place at exactly 6:30pm September 27, 2015 to celebrate the closing of the festival. The target that was illuminated was a carved stone with an Irish claddagh symbolizing love, loyalty and friendship to honor the Irish heritage of the island. The structure also included 4 dry stone pillars with large stone slabs to serve as benches for onlookers. The target will be illuminated 2 times a year while the light event seen by looking at the aperture at sunset can be experienced most evenings throughout the year.

The video below shows how, as time passes, the beam of light shines through the aperture in the primary wall and at a precise moment it will align with the carving on the target wall. 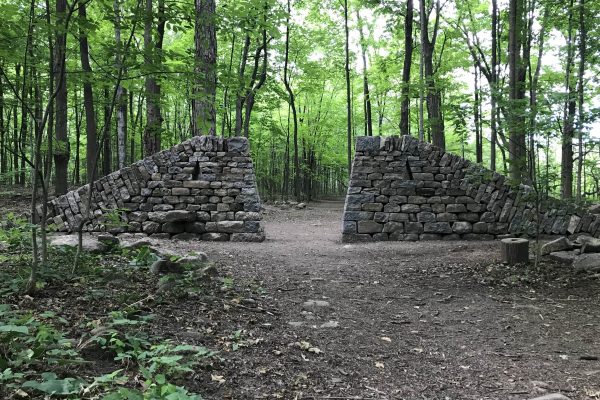 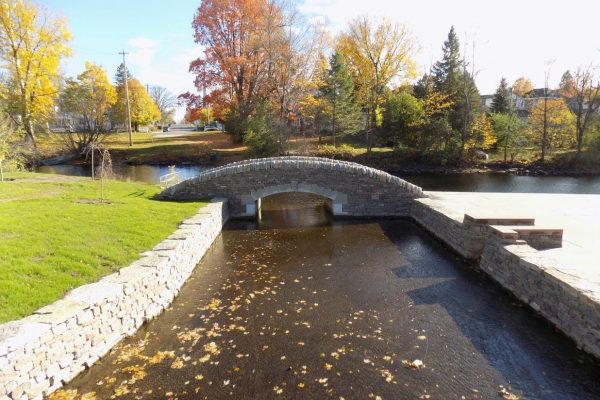 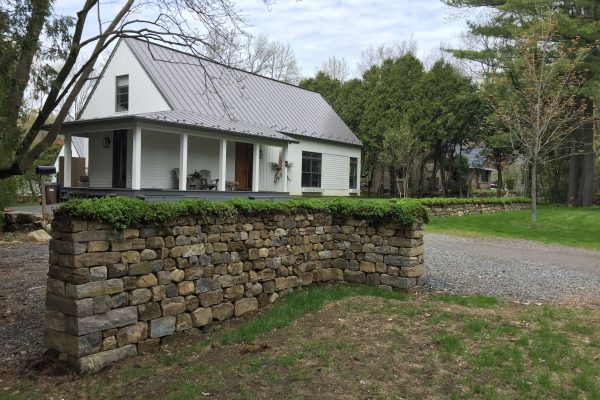 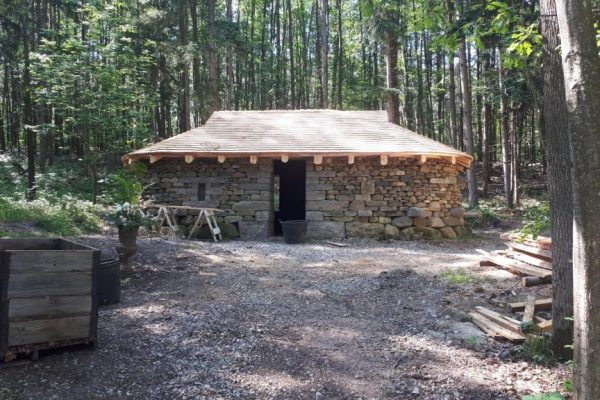 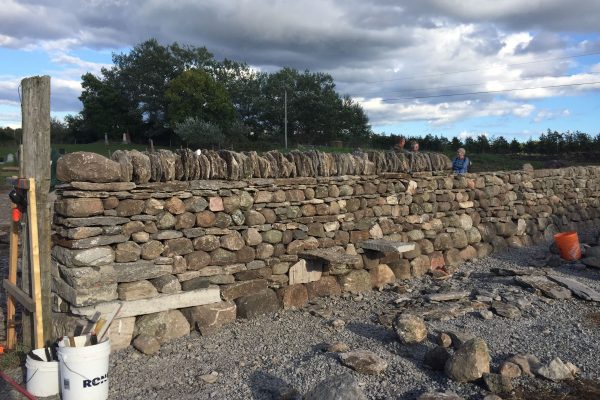